If you are looking to cool a large outdoor space this summer, you may be considering either a misting fans or an Air coolers. Both types of fans are designed to quickly cool a space as long as the correct fan sizing is used. However, while the fans are both similar, they are also very different in how they go about cooling. Here is a bit more information about these two types of fans.

A Misting Fans is designed to spray cool water and air around. This feels good when it hits your skin on a hot summer’s day. Water is pushed through the fan and then the blade breaks it up and spreads it around. This is a great option in the right setting. It is perfect to use in the backyard or grassy areas if you are having a barbeque or large gathering. Additionally, many water parks, playgrounds and community swimming pools use these fans to prevent their guests from overheating.

Air coolers operates under the same general premise as a misting fans. Water is pushed through the fan and the blade breaks the water up before it is sprayed out. However, in an Air coolers, the water is broken up into particles that are so small that they evaporate before they hit anything. This is perfect for use in areas where water shouldn’t be used, such as around metal or wood. An Air cooler can be used indoors, on decks or around pieces of machinery. 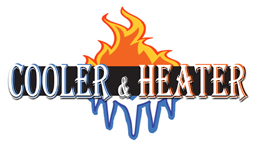